What I want you to do is …. Get curious and deal with workplace conflict 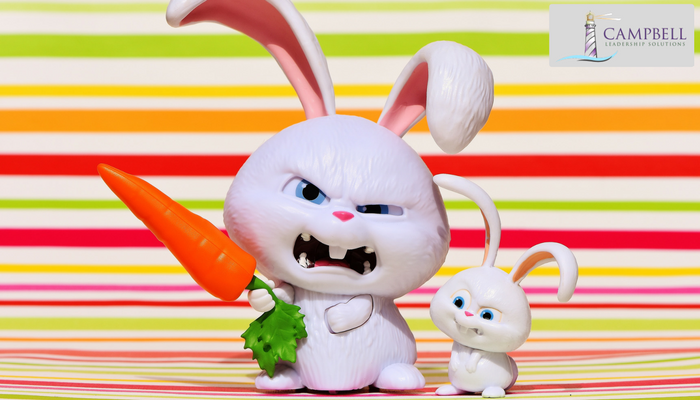 One of the most common goals I get asked to assist clients with is dealing with workplace conflict.

Oh, and by the way, before we continue, not liking the fact we have to deal with conflict is completely normal. Have you ever met someone who said “I love conflict”? Some people are just better at it than others.

I would like to share with you an interesting idea on how to diffuse tension and aggression in conversations. Before I do share my idea, however, I’d like to tell you about a podcast I listened to recently.

Invisibilia talks about the “invisible forces that shape our lives”. It’s a podcast about how the way we think affects our behaviour. I highly recommend it and you can easily access it from my website. One particular episode was called “Flip the Script”. It began with a story about how, one night, a group of friends were having a backyard dinner party. Everyone was having a good time when suddenly, a man appeared armed with a gun. Pointing the gun at the guests, he told them to give him their money.   Everyone was initially scared and all attempts to dissuade him from his action met with more aggression from the man and tensions began to rise quickly.

One of the group of friends then took the bold and courageous action to invite the man with the gun to sit down and share a glass of wine with them and join in their celebrations. “It was like flipping a switch” was the comment from one of the guests. The effect was an instant diffusing of the tension. The man instantly became less aggressive and after a while apologised before leaving. (There is more to the story but the podcast tells it much better than I could.)

“So what?” I hear you ask. How does this apply in my workplace and how does it enable me to deal with workplace conflict?

At its simplest level workplace conflict looks like unresolved disagreement. It could also be someone actively avoiding you. It might be someone raising their voice in a conversation. At extreme levels it could be someone who yells at you or when you witness someone else being yelled at. These types of behaviours come from a need to win and a need not to be wrong.

What are your behaviours when you experience workplace conflict?

There are two behaviours that are not helpful in workplace conflict. The first is if we avoid and hide from the conflict. While we may put barriers up and think that we are not engaging in the conflict, by allowing the conflict to continue unremarked we are not developing a more constructive relationship with our protagonists into the future. We are saying that the conflict is acceptable.

The second less-than-ideal behaviour is to defend our position aggressively and possibly even counter attack. Remember, the conflict behaviours are about being right and proving to others (and ourselves) that we are not wrong. If we defend an entrenched position or go on the counter-attack what we are doing is escalating the conflict. Hugh Mackay, in his book “Why don’t people listen?” expresses this very succinctly in his Third Law of Human Communication: “When people’s attitudes are attacked head-on”, he writes, “they are likely to defend those attitudes and, in the process, reinforce them.”

“When people’s attitudes are attacked head-on, they are likely to defend those attitudes and, in the process, reinforce them.”

Both of these behaviours above also have second and third order effects of leading to ‘Below the Line’ cultures. In his book, Michael Henderson describes Below-The-Line cultures as experiencing higher degrees of stress in the workplace, increased fear among the staff, and environments where people cease learning because they are afraid to make mistakes.

What if we ‘flip the script’?

What if, rather than engage in workplace conflict, either passively or aggressively, we took the lesson from the dinner party guest and adopted a mindset of curiosity instead….?

I’d like you to pause and reflect for a moment what that might look like. What would it look like if you adopted a mindset of genuine curiosity about the conflict and the person or people with whom you are experiencing that conflict?

Leaders, at all levels, are required to manage conflict in the workplace. That conflict might be with a boss, peer or direct report. It might not involve you personally at all. It could be between staff members. The point is that destructive conflict is not good for the work environment and leaders will take steps to resolve it quickly. Part of the skill in doing this is to understand your people, adapt and be flexible to changing situations. The following questions might be useful in achieving that:

These types of questions can help you flip your own script in terms of how you can approach any conflict situation.

What additional questions can you think of that would help you adopt a curious mindset? Take a few moments to think about it before reading on.

Being curious has the following effects:

I acknowledge that, while this is a simple concept, it may not necessarily be easy to accomplish. Many people over the course of our careers will have figured out how to trigger our defences in order to get what they want. We tend to develop automatic reactions to this that we may not be consciously aware of. Working with a coach or mentor to understand our triggers for conflict is one effective way to raise our consciousness and start to practice curiosity. Like any skill, the more you practice the better you will get.

Get curious. Start asking yourself genuinely curious, non-judgemental questions about others and yourself. Start small with people that you are not in conflict with to get some early practice in. Additionally, start reflecting on what triggers your own defensive behaviours. Think about better ways you might respond when and if those behaviours are triggered in the future. Also, think about a current conflict you are experiencing at work. Try looking at the situation from the outside in and get curious about what you are seeing in that situation. Questions like “What am I seeing here?” and “What is going on to cause this conflict?” are useful starting points.

Have you found this article useful? Please leave your discussion points below. I also consider myself a lifelong learner so I am, of course, curious about what you think.

Do you know anyone who is experiencing workplace conflict? You can forward this article on to them or perhaps you could ask them some curious coaching questions of your own. Feel free to share your learning on this below as well.

Finally, if you would like some help developing your ability to deal with workplace conflict, or would like some clarification on any of the points above, get in contact with us here at Campbell Leadership Solutions and we will be more than happy to provide assistance.