What I want you to do is …. Eyeball your people. 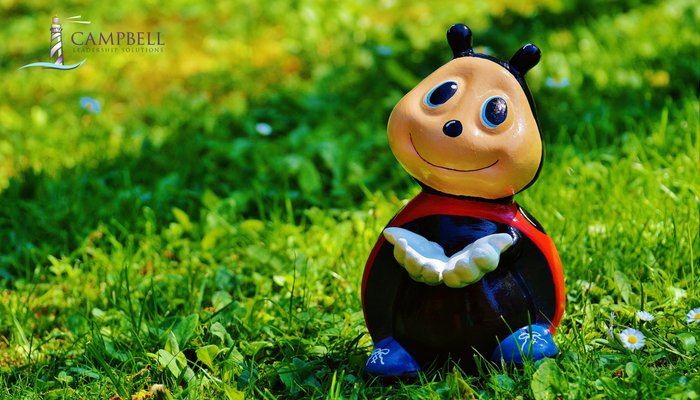 “I suppose leadership at one time meant muscles; but today it means getting along with people.”

Have you ever had work delegated to you electronically?  You know. Your boss sent you an e-mail with a task and instruction to get it done by a certain time and with no prior or subsequent conversation about it? Or was it was allocated by an electronic task tracker and it just appeared on your to do list?

How did you feel and what were you thinking when that happened?

While you’re thinking about that let me tell you about a situation that reinforced to me that this is not the way to do things.

When selected for command of a ship in the Royal Australian Navy, prospective captains attend a three month command course where senior officers who have gone before you talk about their experiences and impart valuable wisdom.  I remember one particular Admiral by the name of Raydon Gates (some of my readers may know and remember him) said something that has always stuck with me.  He said “Eyeball everyone everyday.”  By this he meant make sure that you wander around the ship and speak to your people.  Don’t lead from behind your desk.  This is something I never forgot and took forward into my subsequent positions.

I put this into practice in 2010 during my first week in Command of HMAS Newcastle. I was sitting in my captain’s cabin reading a piece of correspondence on my computer.  The correspondence was from the headquarters ashore and required action from the ship.  I knew who the relevant action officer was on board and I had a few questions around exactly what was meant by one of the requests and what needed to be done.

I printed a copy of the correspondence then walked down one deck, headed aft (towards the back of the ship) about 30 paces, knocked and entered the cabin of the officer I needed to see.  She happened to be working on something at her computer and looked up as I entered.  The expression on her face indicated surprise.  I was initially confused by this. After all, I had knocked and she had called out to come in.

We started discussing the task in question and it soon became apparent she had the task already well in hand and was able to explain to me very clearly what the the issues were.  I thanked her and was about to leave when she stopped me and said that I shouldn’t have bothered making the effort to come to her.  If I had called, she would have come to me.  Alternatively I could have sent her the question by e-mail and she would have answered it.  I thanked her and left.

Afterwards I reflected on what she had said and I realised I could have saved time if I followed her suggestion in sending the task by e-mail. I also thought back to the admiral’s wisdom and thought about what I gained by not sending the task electronically.  In going to her office I saw her in her work environment.  I could see how much was in her intray and gauge how busy she was.  I also saw a photo on her desk of her husband and two kids and it gave me an opportunity to ask a little about that.  I also had the task I was enquiring about explained to me in simple terms. By reading her body language, and hearing the tone in her voice, I saw her confidence in dealing with it and I left trusting that it would be done.  If I had sent the task on by e-mail I would have missed all of that.  I would have lost the ability for rapport building and human connection.

The value of Human Connection.

In their book “The Leadership Challenge” Kouzes and Posner talk about the importance of human connection.  “By increasing human interaction, you increase optimism and you increase credibility.”  I think we could all agree that these are two things that we would like to increase in the workplace.  The leader who makes the effort to touch base with his or her people is the one that will get the most from them.

Similarly, Daniel Goleman in his book “Primal Leadership” discusses how emotionally intelligent leaders use self awareness and empathy to monitor their own actions and how others react to them.  Clearly we can’t do that if we don’t get out from behind our desks and interact with our people.

Sometimes we don’t initiate conversations with people because we’re not sure how to.  Here’s a few ideas on how to overcome that.

Take a few minutes now to think of someone in your organisation that you haven’t spoken with face-to-face for a while … Have you thought of someone? Good.

Now think about something that they have done well recently and is worthy of acknowledgment or thanks.  Find the time this week to go and find them.  Be honest with them.  Tell them that it’s been a while since you’ve spoken personally and that you wanted to just acknowledge the work that they have been doing.  This should get the conversation started and may open up opportunities to ask them about how they have been going, what they have been working on since you last spoke and what they are finding challenging at the moment.  Who knows what you might find out or how you might make that person feel, just by eye-balling them, that you wouldn’t have achieved by just sending an e-mail.

Do you know someone in your organisation that tends to sit behind their desk and not interact personally with others in their organisation?  Please feel free to share this article with them by e-mail or social media.

Have you experienced “leadership by email” before?  How did it make you feel and what strategies did you use to overcome it?  I would love to hear about your experiences so please leave your comments below.

If you would like some support through coaching or mentoring on this, or any of the concepts that I have written about, feel free to contact me here at Campbell Leadership Solutions.