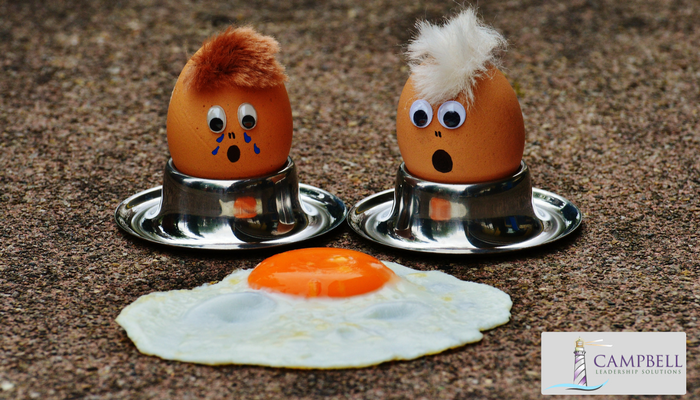 When I was a junior officer in the Royal Australian Navy (RAN), I had the privilege of serving in one of the Navy’s, now decommissioned, destroyers. My primary role on-board was as one of the ‘Officers of the Watch’ responsible for the safe navigation and control of the ship. On the bridge, I led a small team of 4-6 people. On behalf of the Captain, I had overall responsibility for the safety of a crew of over 300. Not bad for a 26-year-old.

One of the most significant lessons I learned during my two years on board came from the Captain during his welcome chat with the new officers. The message was simple and one I have tried to live by since; if your team know their job they will want to show you they can do it. If they don’t know how to do something, then they will try and hide in the background.

This behaviour was never more evident than on days we would do damage control training. At sea, the threat of fire or flood is always present and training to counter these threats is critical. There are many pieces of equipment on board to help do this from pumps and breathing apparatus to timber, saws and mallets. In a time of crisis, you want your team to know how to use that equipment quickly, safely and in the right manner. In one form or another, training would occur daily.

On one particular day, the whole crew was conducting training. There were various pieces of firefighting equipment set up at positions around the ship and groups of sailors were moving between them at timed intervals. Experts would demonstrate how a piece of equipment would work and then let the team have a go under supervision and instruction. It was at a station set up to teach the operation of a fire pump that I noticed three things:

Skilled instructors would notice these reluctant behaviours and then, later, take the time to engage with the apprehensive team members. They demonstrated the operation of the pump or another piece of equipment and then gave the sailors another shot without an audience. This time they were free to make mistakes without the threat of ridicule and have as many turns as they needed. As there was trust between student and teacher, the student’s confidence increased.

When we want to teach or develop our teams, it is essential to have a ‘safe-to-fail’ environment. We learn from our mistakes as well as from our victories. But what is safe for one person may not be safe for another. You may think that on a calm day at sea, when there is no actual fire on-board, lessons on how to use equipment surrounded by your peers is safe enough, however, being called out to demonstrate something you don’t feel confident about in front of others can be unnerving for some. In these situations, perhaps an individual approach is required.

How well do you know your team members? How is their level of knowledge of their job impacting on their motivation to do it? Is there something that we can do to help our people develop their confidence and, by doing so, their resilience at work? How are you, as a leader, creating an environment for your team to fail, learn and then succeed?